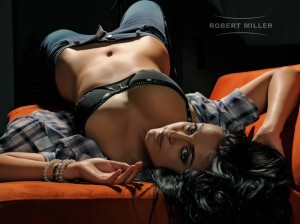 For those of you who don’t know yet, Gauteng model, Myla Radicchia, has a dog called Phoebe and Phoebe needs a very expensive back operation.

Myla could have taken the easy route which would have been to just decided it’s too expensive and had Phoebe put down but Myla is, like so many of us, an animal lover and she is determined to find the money to pay for Phoebe’s operation.

She put a call out on Twitter and asked if anyone had ideas and we came up with a plan called Posters for Phoebe, where a number of extremely talented South Africa photographers have agreed to band together and each shoot some images of Myla that can be turned into posters which will be sold to raise the money required for Phoebe’s operation.

Myla was down in Cape Town this weekend, shooting the first of the series with me and well judging from the results, I don’t think there is going to be much problem raising the money for Phoebe. The final section from the set above will be printed around 1m wide.

Now it’s over to my fellow photographers, in Gauteng, to shoot the next images.