Panoramic photography has been around for a long time and I have written a few articles on it but with the advent of new cameras, including cell phones with panoramic modes, it’s becoming more accessible to the masses and unfortunately that mean a lot of BS from people who have no clue what’s really going on.

Essentially with the Advent of Virtual Tours, what we are trying to do is capture a full 360° x 180° spheres that allow the user to move around and view the scene as if they were there. 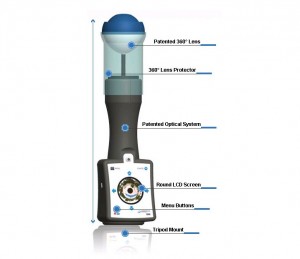 Recently cheap options like these (image above courtesy of softpedia.com) have exploded onto the market and many photographers are running around telling people that they have a unique new state of the art camera system. What they actually have is a very low end solution that has been around internationally for some time, comes in many forms and varieties and is based on the way we used to shoot panoramas in the dark ages. The method that was used was to take a mirror ball and shoot the image reflected and then unwrap it, which is pretty much what these systems do. 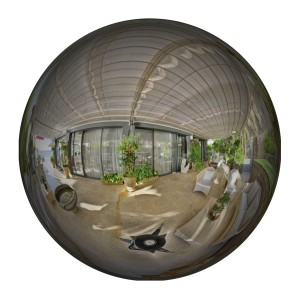 The biggest and most annoying problem is that some of the owners of these cameras are making claims that they have the first system capable of shooting 360° images which is untrue for two reasons.

Firstly many of us have been shooting high resolution stitched panoramic images that cover and area of 360° x 180° for a number of years and secondly the mirror camera don’t shoot a full 360° x 180° degrees. Most only shoot 360° x 110° – 130° which is not ideal for spherical imaging.

In fairness, the cameras do have a few good points in that they are small, compact, they are relatively cheap and can capture the image in a single shot. They also however have some not so good points namely that they are very low resolution (compared to panoramas produced by the robotic and panoramic heads, they can only capture a vertical view of up to 130° and they are pretty useless for full spherical photography.

So now that we have moved out of the amateur arena, let’s look at what the pros generally opt for. 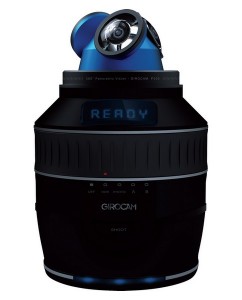 Well as far as one shot solutions go, the same company that makes one of the Toys has also just released a very high end solution that consists of a body with 3 fisheye lenses and 3 x 10mp sensors. Like the mirror option it can capture a 360° in a single shot but unlike the cheaper option which is only 8mp, the Girocam captures the image at 30mp. It’s still not a perfect solution as its limited to a vertical view of 150° but it’s getting far closer to what is needed and in most cases can produce a more than useable image.

Right so the one shot solutions have a huge advantage in that they easily eliminate the problem of people or objects moving due to only needing a single shot to compete the image but even at 30mp the one shot cameras don’t always produce images that are large enough for all needs. 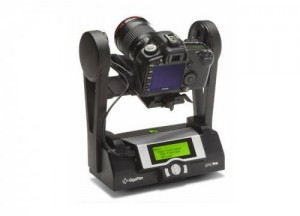 This is where the manual and robotic precision panoramic heads enter the equations and this genre is currently dominated by 360prescion for manual solutions and by Gigapan Systems for the robotic alternative.

Both companies produce a range of products that work on the same principal, being that exposures are taken in rows and columns buy revolving and tilting through the lenses entrance pupil. The focal length of the lens determines how many rows and columns will be needed and the final results are then stitched together using software like PTGUI.

The upside of these systems is that they can produce absolutely massive images but the down side is that they require multiple images to be shot and moving objects can become a headache that requires a lot of post-production to correct.

Which would I recommend, well for real estate and very low end work, the mirror systems should suffice? For higher end interior and VR work, I would look at the new Girocam and for landscapes and high end panoramic imaging I would go for the manual or Robotic panoramic heads although the actual heads are actually easier to use despite what may think.