By now many of you will have seen the NoMU ‘Pin Up’ poster campaign that physically appeared at a well known garage in cape Town but has truthfully really found it’s space and momentum online. Many of you will hopefully have entered the competitions featured on the posters. Perhaps you will also have noticed that NoMU has deliberately been seeking out to feature some of South Africa’s hottest and most trendsetting bloggers to draw attention to. This was central to NoMU’s strategy; they realized that on their own, their ability to reach people was limited. However by giving the bloggers a platform to communicate fun and exciting content, NoMU was able to drastically enhance the reach of their available but very limited marketing Rands.

First there was Seth Rotherham of 2Oceansvibe who was shot before I came onboard. Seth was followed by Cape Town Girl which is where I entered the picture and I think those who saw the poster might not ever look at a tin of NoMU sweet rub the same way again. 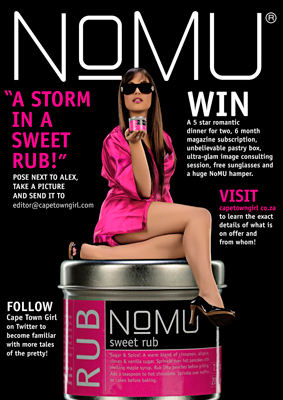 Vicki Sleet of Iwantthat fame came along next and after tasting the NoMU Vanilla pump that she posed next to, I can really understand why she wanted that product. 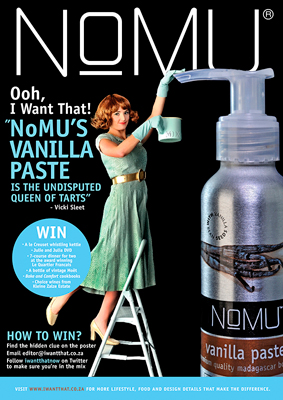 My next victim model was Richard Hardiman the Partyman who has since joined Seth Rotherham at 2Oceansvibe radio. 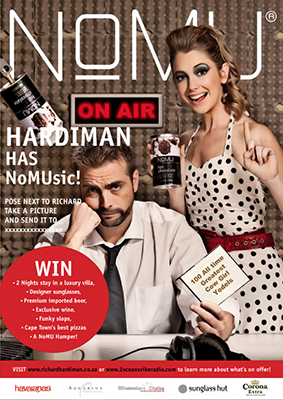 The next poster was a shot of photo blogger Andrew Brauteseth who had NoMuse. 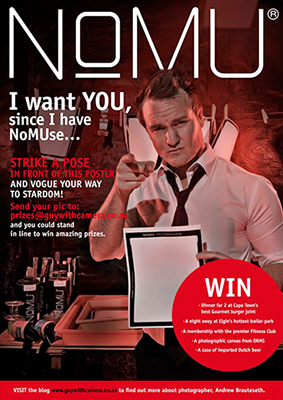 While the poster campaign still has some exciting bloggers lined in the wings something began to occur to me as the campaign has progressed.

Let’s face it, social media but IMO especially Twitter have fast become a gateway to many things that before were decentralised. Being a tweeter and blogger myself, I began to realise that many of the bloggers also feature prominently on Twitter and like myself have been using Twitter to feed users to our blog and other information on the web, essentially turning twitter into a centralised repository for information.

Leading this movement are the Twitterati defined by the Urban Dictionary as:

The photographer and Geek in me immediately combined and the photo project that has always eluded me just fell into place.

So that is how my Twitterati project has come into being and over the next few months I will be hunting down and shooting the very best of our local, South African Twitter Royalty in ways that hopefully bring out each ones unique persona.

While NoMU’s Poster Campaign remains primarily about bloggers, my own aim is to focus on the Twitterati and seeing many of them are also bloggers, there is the distinct possibility that the projects will be able to develop in tandem as NoMU’s original idea unfolds and evolves. I am not sure at this stage how many will feature but I do know it’s going to be a whole lot of fun.

How can you get involved?

Since posting this info I have been giving some though as to who to shoot, besides the Tweeters I have already chosen and I think I am going to leave some of that up to you the local Twitter community.

While this in no means a promise or a guarantee that I am going to shoot any particular nominee (the final decision as to who I shoot will be at my sole discretion) it is your chance to submit nominations for Tweeters who you feel meet the following criteria (may be modified from time to time).

If you want to nominate someone who meets the above criteria, fill in the form below and I will have a look at their profile and who knows, maybe you will see their picture up in the Twitterati Gallery on my site.